Since this is a question we get a lot, I thought I’d put together a few guidelines as to how we achieved our monochrome version of Kingdom Death.

We didn’t took pictures step by step but the process is easy enough to understand.

It involved an airbrush for the first steps. I don’t have the exact names of all paints (Games Workshop kinda lost me anyway when they changed the names of the Citadel range) but it doesn’t matter, it’s the hue that is important. The airbrush paint were from the Minitaire paint range. The regular paints are from Citadel (Games Workshop).Basic steps :- priming black- airbrushing with dark brown, maybe from a 45-60° angle (it should not cover the black in the deep shadows but still show on SOME shadows)- airbrushing a mix of grey and lilac from the opposite direction of the lantern (the lilac will be a nice warm/cold contrast with the orange lights)- airbrushing orange from the lantern- airbrushing a TINY TINY little bit of yellow within the orangeAt this point it looked like this : 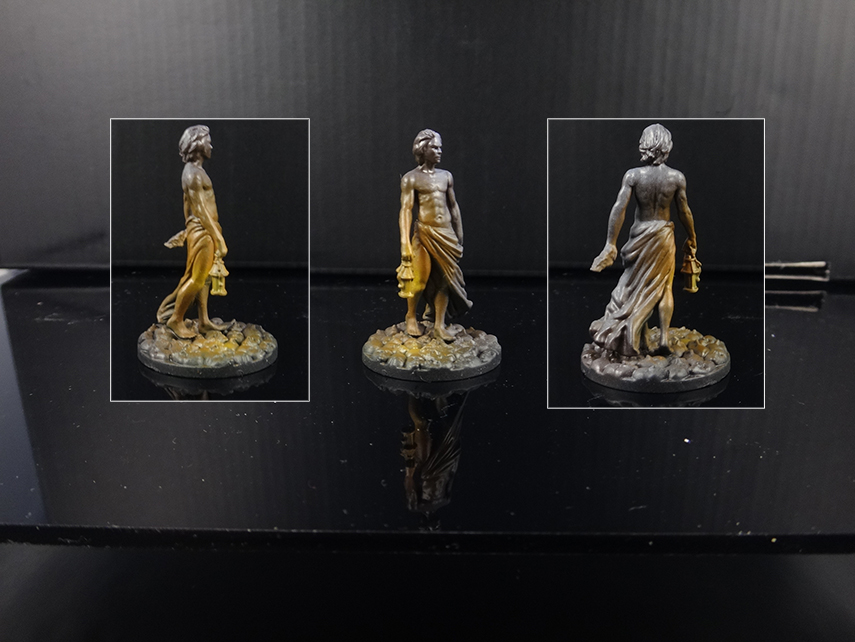 The airbrush is fine for a rough start but there’s much to be refined after that.

Shadows have been made deeper and visible on the upper parts, lots of highlights to do to give definition to the muscles, clothes.

The lights have been reworked : the airbrush allows to have the major halo done but it’s a limited process. You don’t want to mess up your model airbrushing too much orange on it so once we had a correct halo we stopped here and finished the light with the brush. For example Lucy’s hair had practically no light on them, so we painted it. Lights have been highlighted in yellow in the brightest spots. The light in the lantern needs a gradient to yellow too.Here’s a comparison picture of “after airbrush” and “after regular brush”. 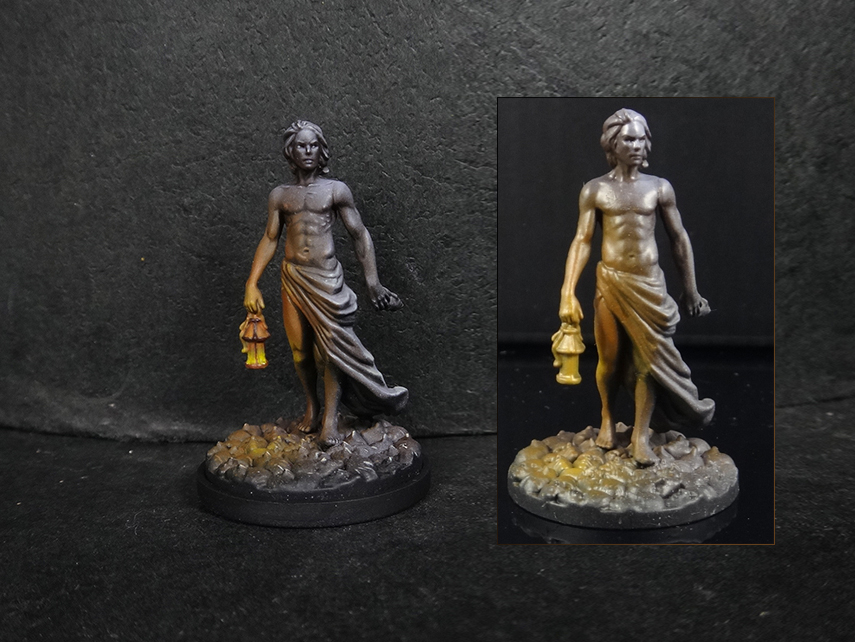 The monsters are done the same way without the light, and just some chosen parts painted in colour – insatured colours, so it doesn’t look too different from the rest, but still adds a clear point of interest to the miniature. 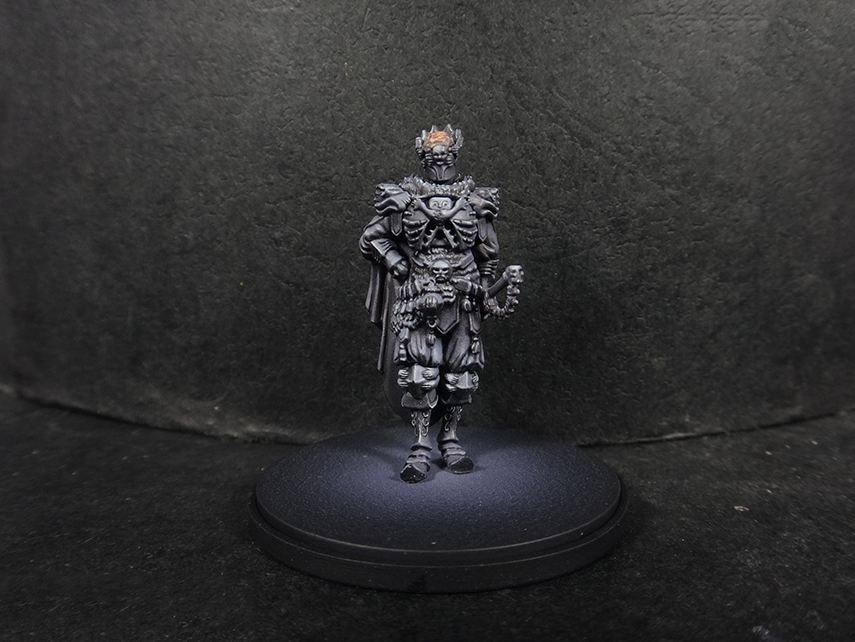 Overall, the brown layer is the least important one. On some miniatures it hardly shows at all, on some it still adds some variation to the general hue. It’s a way to break slightly the black & white and give some depth to it, but I guess the result would be very similar without ! It does show here and them, like under the neck of the Antelope, on some of her muscles and the horns. 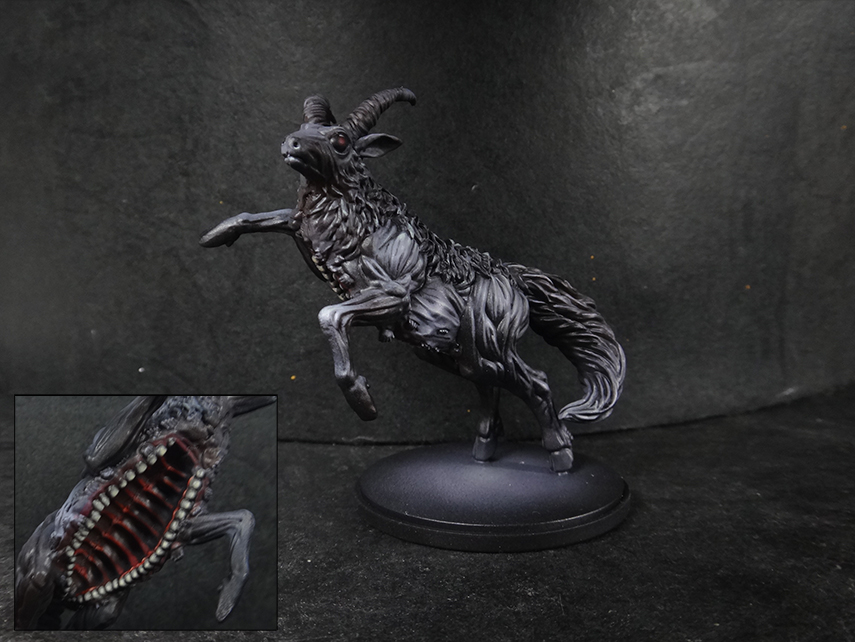 Our first try was more literally Black & White. This can be achieved very easily with a black and a white primer, and a simple zenithal spray of white above the black. It woul still benefit from reworks with a brush but it’s a very, very quick way to achieve something looking alright. 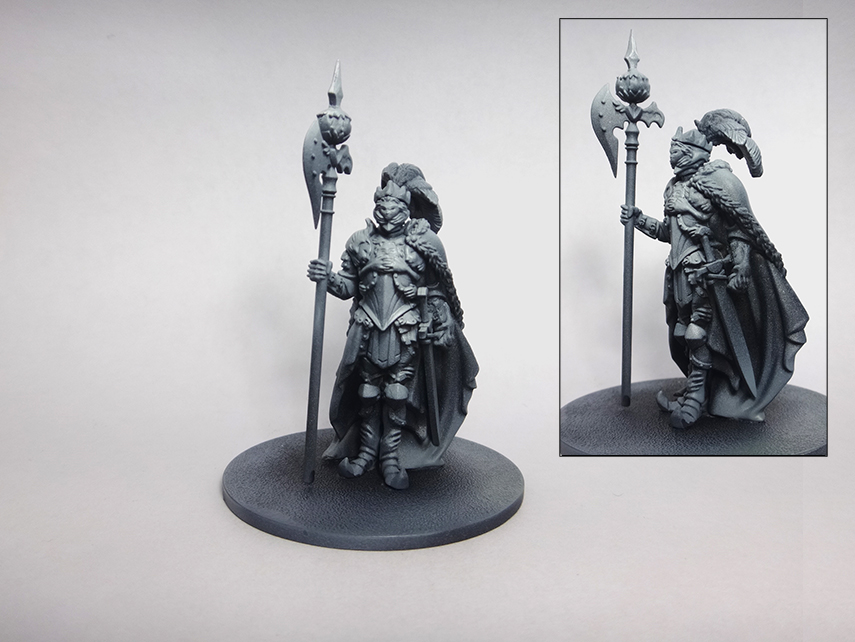